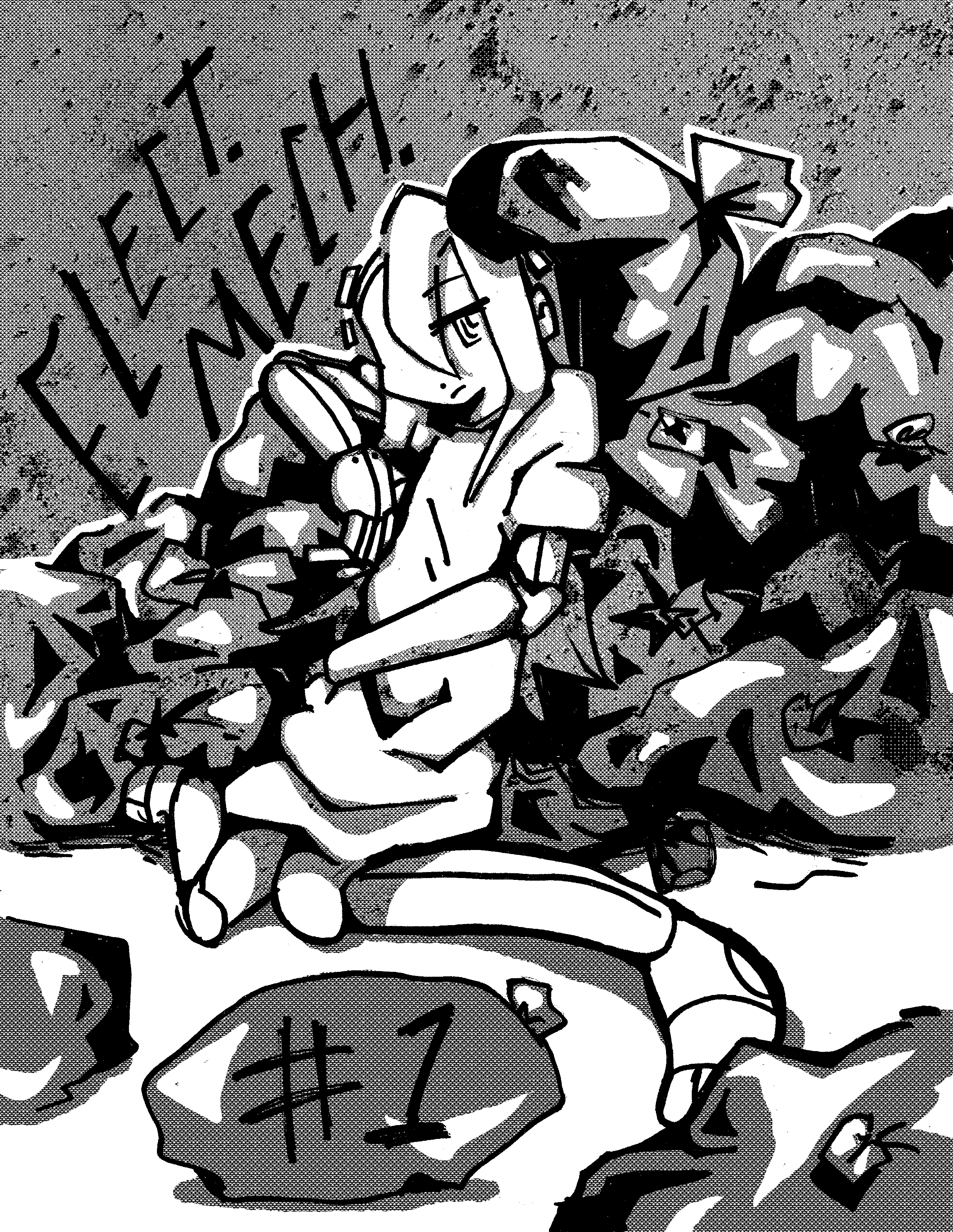 Elect. Mech. is a 4 chapter comic that started the summer of 2019 and is still being worked on currently. The first chapter was released on june 11, 2021.
The story follows Marion, a human that survived "the end of the world", and Kyah, an android, as they search the world to find new batteries for Kyah before they shut down.

There is also a 14 paged add on called "E.M. Redux Wrmup" created in 2020 that takes place from Marion's point of view, which will be released after the main series is completed. probably.

The place for extra art, trivia, and world building. May contain spoilers.
[currently under construction, sorry for the inconvenience]