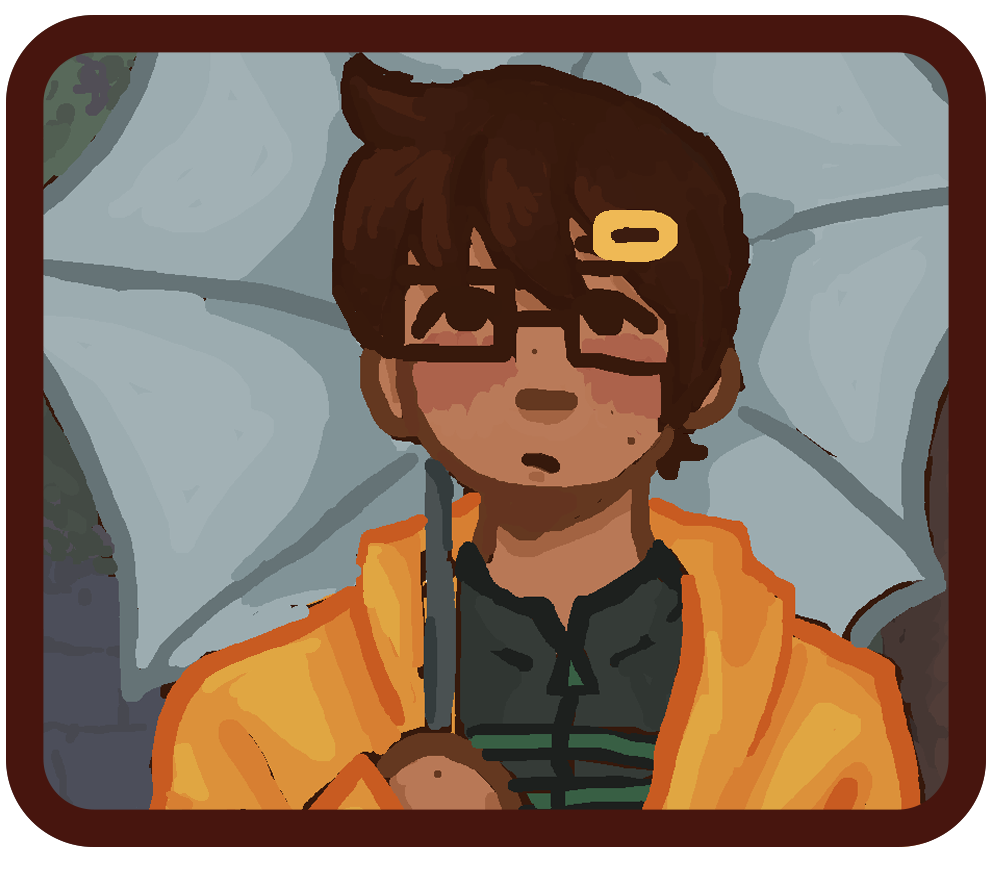 No, he is not an actual Dr, medical or non-medical, its just a stupid nickname that stuck.
Apperance wise he has short brown hair that almost cover his eyes, brown eyes, square glasses, light brown skin, and a hair clip (usually).
Dr. lives in an appartment with his mom. He has a handful (read: 2) of friends he hangs out with. He is really into video games; so much so that he wants to presue a career in creating them. The DS (or, the world that he lives in equivalent) is his favorite console. He drabbles in fashion occationally but he hates large social gatherings so he doesn't have an excuse to dress up often.
His cousin is Stripe and he lives in the same apparetment as Cup and Brian. 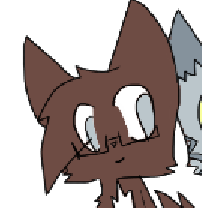 Dr. was originally a cat adoptable I got from a friend of a friend when I was 11. his original design as drawn by me can be seen on the left. The only thing that stayed from that design currently is the glasses and name.
His design has changed a bit, lossing the cat ears sometime in 2016 ish and his hair turing floppy (with a hair clip usually in it) instead of a mess of floof atop of his head around 2018.
At the point that I was thinking about giving stripe water powers I was considering giving Dr. something special aswel. The top contenders was a robot hand (which was scraped because I thought "what would his mother say?!") or "tokens" that would cause effects (simular to status effects items in RPGS) but neither were actually given to him. *points* ha ha ur just a normal human ha ha.

Simular to stripe he also had a "grown up" and post apocalypse version of himself:
The grown up version was in his late teens/early 20s, worked at a gamestop (or that world equivalent) and was going to college to work in game design. very boring and also non-cannon as of late.
Post Apocalypse Dr survives in a world taken over by aliens or other dimentional being (not clear, I never wrote this down) and can see the ghost of his late cousin, stripe. basically just tring his hardest to survive and also has a mustache that is the most impotant part.


background image from wiki how